You and I, naughty superheroes 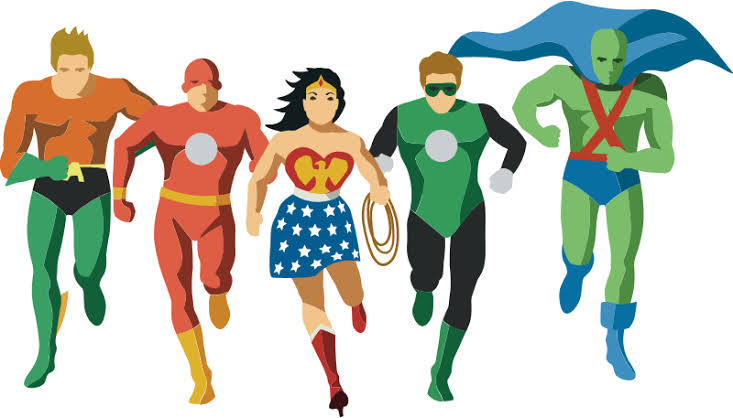 Before one steps out of his door and starts to travel, one has expectations of these life-changing insights that are bound to happen when one embarks on a big unknown adventure. Well, that’s a load of crap.

My best insight so far has been that my intestines are far less strong than I thought, and even though social dining is great, there’s never an excuse to invite a multitude of micro-organisms to your dinner table.

However, with this much free time, it’s hard to restrain myself from practicing some amateur philosophy. And, since I have been pretty useless to society for ages now, an insight once in a while gives me the dopamine I need to have a rewarding sense of meaning. Anyway, it is fashionable these days to share life-changing travel insights, I really couldn’t resist.

One thing I have noticed when traveling is how my quality of consciousness seems to be improving exponentially. You might think this sounds like another load of new age bullshit, and I don’t blame you.

Anyway here it is.

When I look back on the times when I was a what-seemed-to-be valued and contributing member of society, I’d describe myself more as a robot than a sentient being. Not the superintelligent kind of robot that might once take over the world. More of the kind of robot that you’d hire to clean your toilet. I’d be good at that, to be honest. Cleaning a kitchen doesn’t require much cognitive functioning, and it would be incredibly easy to escape the here and now.

Back in the day, it seemed much more fun to spend my energy contemplating future plans, or reminiscing about previous failures. The only moment that really existed, was the only thing I didn’t pay much attention to. I did not live in the real physical world, but rather in a maze of mental constructs.

And, that’s what 99% of us do. We live in a fantasy world inside our head. Obviously, we are all the main character in the story of the universe. And we are utterly convinced that this is it, the real thing, without considering that it’s all just one representation of the world, constructed by one particular set of neurons firing.

But, that doesn’t hurt anyone now does it? Let me be the supreme leader of my fantasy land damn’it!

It most certainly doesn’t physically hurt anyone in a direct manner. However for the sake of sanity, let’s consider how it might, indirectly, hurt others, as wel as ourselves.

Let’s say it’s Sunday morning. Now you have had a bad week. The neighbours have been playing loud music all the time, and your attempts to have them turn it down a notch seemed to have only made it worse. Besides that, your new girlfriend apparently didn’t think your relationship was entirely “exclusive”. However, since it’s Sunday morning, and for the sake of keeping up with traditions you go to the bakery to get your dosage of weekly Sunday sweets.The line is long, however you wait patiently.There’s an old lady coming in behind you, she opens the door with the effort which makes you wonder if she just has run a marathon. Eventually, the customer in front of you finally finishes his order for what seems to be a family of 20+ people. “Next customer”, the woman at the counter says. At that moment, the old lady says “2 pieces of chocolate pie please”. ‘So you have a priority pass here?’ you say disgruntled. She looks up at you frightened. “I’m sorry sir, I was distracted”, she says, with the kind of tone and expression you know she meant it.

Now the only thing this person has done wrong to you, in her entire life, is being wrong about whose turn it was at your favourite bakery. Maybe her husband just died and she’s been off for a while. Maybe she has dementia. Yet she seems to be reduced to this root of all evil. The only explanation you can think of is that she doesn’t respect you, just like the rest of the people in your life the last week.

We are so caught up in our own story, our own importance, and everyone we meet plays a part in it. Our story seems to be the most important at all times, and things happening independently of it don’t really seem feasible. Consequentally, acting in a moral fashion is not desirable if it would mean ruining the story of your favorite superhero, yourself.

Imagine you had counted to three before reacting, and politely told her you were first. Maybe she would have given you an explanation that had nothing to do with disrespecting you. What a drama! That would mean the anger you have been growing inside you the last week was unjustified, and people seem to be loving and kind after all.

Now even though I like old ladies, although not in a creepy way, I’m not on a quest to prevent bakery incidents. Although, that might be one of the more meaningful things I have done lately. In general, we behave immoral all the time as a result of this lack of quality of awareness, and I’ll provide some (shorter) examples.

Imagine you’d go shopping for new clothes. Now you like to look good, but you also don’t like to spend too much money. So you go to a big international clothes retailer. You quickly find the clothes you need to make you feel desirable to potential mates, and without having to live on the street. It is too good to be true, and you know it is. You have watched a documentary just last week about the truth of cheap clothing, and how people in countries like Bangladesh are exploited in less than life-worthy conditions. Furthermore, condemning these companies whilst watching the documentary with friends gave you a rewarding session of fingerpointing, which seems to be such a trend these days.

However, here you are, being perfectly aware of the underlying truths, and still it took you less than a millisecond to disregard this information. That, again, is being so caught up in your own story, that it seems justifiable to adjust your morals to this particular instance.

Because I like making stuff up, here’s another (workplace) example. You have been working as a loyal employee for a while now. You are reasonably good at what you do, and you put in all your effort. However, you never seem to get that new job title that would feed your ego’s belly for at least some months. Furthermore, new people seem to come into the company who seem to get more responsibilities than you from day one. One day your boss calls you into his office because there has been a very expensive fuck-up on one of the projects you worked on. You have two options, you could tell the truth, which is that you forgot to make modifications to a document that resulted in this problem. Or, you could act surprised, so that the project leader will get the blame. He just happens to be the new young potential in the company, ripping away all your chances of that promotion you crave. Without much thought, you choose the second option and remain quiet. In the evening you get home, and you notice that the cookie jar is scattered into a million pieces on the kitchen floor. You ask your 7-year old son what happened and he claims to know absolutely nothing about that, after which you give him a long rhetoric talk about lying. That’s when suddenly you notice how you have been lying as well at work, and how it only made you feel bad just now. Again, the importance of your own story and blind ambition has shifted the line of morality.

Of course we shouldn’t blame everything on ourselves, it’s much easier to externalise a problem. The amount of time pressure and stress most of us have to endure in our daily life is repeatedly pushing us over the moral line. We really don’t have choice, or do we?

Now the good news. If I have noticed one change after travelling for a while, it’s this. I seem to be much more aware of my words and actions. There seems to be less of a story that I desperately want to continue. Who is this superhero in my movie anyway? When I finally get to know him, he has already changed. Furthermore, I have looked for him in the outermost corners of my brain, but the only thing I found there was emptiness. He almost seems like some illusion, constructed by a brain somehow fighting for survival, although who never seems to be in any actual danger.

What really helped me is meditation, try it. Don’t expect to bend spoons with your mind any time soon, or be able to float to work tomorrow, although those would certainly be good incentives. Instead, just do it to become aware of the utter ridiculousness of your internal movie. What kind of superhero behaves like this anyway?

Having said this, it feels kind of arrogant to have ended with this note of “life advice”, and very close to egomania to be pointing with a trembling finger about “this is what you should be doing, shame on you!”. That’s why it’s time to stop writing this evergrowing article.